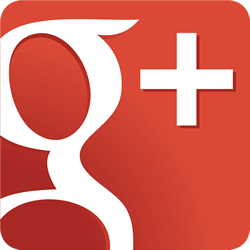 Tech giant Google has finally relented in its attempt to corner the social media market with erstwhile Facebook competitor Google Plus. A relative failure by the industry titan to muscle its way into the lucrative social media business, Google’s social network struggled to gain traction at the start of its four year run, maintaining a middling user base and lack of interest from their target audience. Heavy handed attempts to manually boost their users fell flat, and the forced integration of Google Plus with YouTube only made people begrudging of this social network they didn’t want to use.

Despite Google Plus’s relatively small active user base compared to Facebook, there are many Plus profiles linked to Google accounts, as you are automatically assigned the former when you create the latter. This may have boosted the amount of users superficially, but in reality it just turned the social network into a ghost town, with a whopping 90% of Plus profiles having never been posted to publically. Though the amount of users is significantly misrepresentative of the active user base, Google has stated the service, and all of the linked accounts, are still very useful for data purposes.

‘Though many have written Google Plus off as unsuccessful, Google have a more optimistic outlook on the future of their product.’

Google is now splitting up the features of Plus that have proven to be functional and well received, such as Streams and Photos (which is now set to branch off entirely and become a service independent of the Plus brand) and capitalising on what sets Plus apart from its competitors, rather than focusing on what they can do the same. And though many have written Google Plus off as unsuccessful, touting the separation of its features as admittance of its failure, Google have a more optimistic outlook on the future of their product, and the importance of its first four years of life. The focused, ‘everything in one place’ aspect of Plus may have been scrapped, but Google executive and head of all things Plus, Bradley Horowitz, is of the mind that Plus is simply evolving, explaining that Google Plus is being improved and re-aligned, to better fit with the wants of its users. In a recent statement, Horowitz said: “It’s fair to say you’re about to see a huge shift in what Plus is becoming.”

Plus is known to have a dedicated active user base, who use the service as a forum for intelligent discussion and interacting with like-minded individuals in their ‘Circles’. Google are now taking steps to cater towards this crowd, such as releasing ‘Collections’, a Pinterest style service that will allow Plus users to create boards of categorised content, and fill them with images and videos based around specific interests.

On one hand, it seems that Google are learning from their failure to compete with Facebook, and focusing their efforts on satisfying their loyal user base with interesting new features. On the other hand however, attempting to recreate other sites popular features was one of the reasons Google Plus went wrong in the first place. And indeed, Google’s failure to launch as a successful Facebook rival can be partially attributed to its desire to replicate the success of its competitor.

‘It may not have succeeded in its ambitions, but Google isn’t giving up on Plus just yet. And neither should you, if you’re reaching an audience on the platform.’

So, should you give up on Google Plus? Well, that depends. Despite the fuss and furore, Google Plus is not dead. It may not have succeeded in its ambitions to become the all-encompassing social media leviathan it wanted to be, and it doesn’t look like it’s going to soon, but Google isn’t giving up on it just yet. And neither should you, if you’re reaching an audience on the platform. Your audience, and their engagement with Google Plus, will tell you how much time you need to be spending on it. If recent events are anything to go by, that amount probably isn’t very high. But with Google’s new approach to their social network, perhaps all that could change. Stranger things have happened…

If you need advice on managing social media, Mulberry Square can help. With years of experience in marketing solutions and search engine optimisation, we can help to promote and gain exposure for your brand. Our team are always happy to provide assistance, just give us a call on 0116 237 4603.